The Samadhi Temple has three entrance (prabesha patha). The main entrance door in on the Eastern side of the temple and other two as on Northern and Southern side . The doorjamb of Grabhagruha called as Nagabandha.

In the middle of the doorjamb of Grabhagruha (sanctum) shows a sculpture, which appears to be figure of a deity, holding two lotus in the uplifted hands, two Elephants are standing on lotus (padma) on both side of the deity and two principal hands are in a Dhyana and Ashirbada symbol.

The doorjamb is decorated in artistic work and two dwarapala also carved in lower part of bandha (see photo no-13). In Grabhagruha the Mahasamdhi Gadi of Santha Arakhita is worshiping . The main part of the temple plastered with cement and sand. 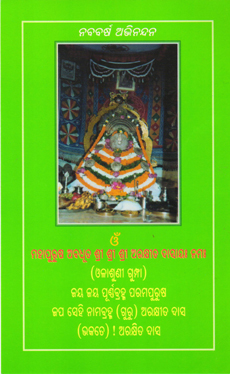 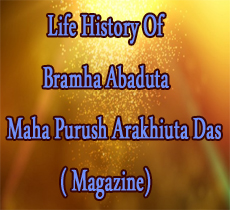